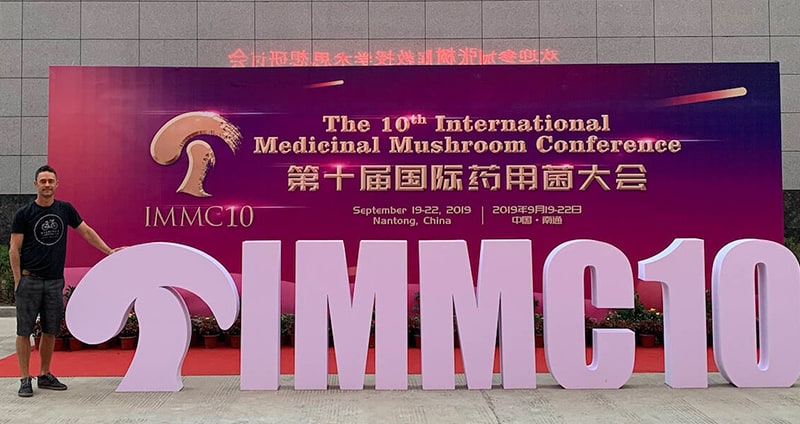 On our annual trip to China this year, it coincided with the 10th International Medicinal Mushroom Conference in Nantong, China.

This event is held every 2 years in a different city and brings together mushroom scientists and researchers from around the world to share ideas and connect.

The event was preceded by a 1 day seminar by Professor Shu-Ting Chang, who is regarded as the godfather of medicinal mushrooms. He has spend well over 60 years promoting the cultivation of mushrooms as food and medicine. Professor Chang has over 220 published scientific papers and authored 23 books. He is also one the initiators and editors at the International Journal of Medicinal Mushrooms. Dr. Chang is currently 92 but still remains in good health and always has a smile on his face. 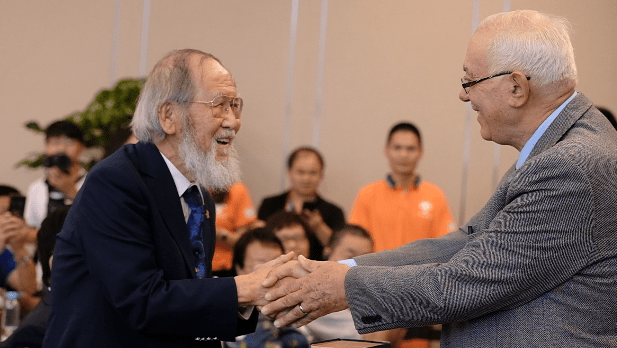 The conference hosted over 1000 scientists, researchers and industry professional while presenting over 150 different research papers and many discussions. Here are a few of the highlights that stood out for me. (Note: click the images to see the uncropped version)

Quality is Still an Issue

Professor Wasser kicked things off by discussing the quality controls necessary for medicinal mushroom dietary supplements. This was based on Shu-Ting Chang’s 5 G’s:

Professor Ulrik Lindequist from Germany, who specializes in biologically active compounds from mushrooms, plants and marine microorganisms, also discussed quality control which coincides with much of what Nammex has been saying for the last few years:

Professor Jingsong Zhang, Vice Chairman of the Chinese Society of Mycology, had a interesting talk the level of research and production of reishi in China.

This really highlighted how much knowledge and understanding of mushrooms is still contained within China and the need for more collaboration between the East and the West.

Over 91 Species of Cordyceps

One company presented information and photos of the 91+ species of Cordyceps they are growing. As Cordyceps cultivation is still quite new, this captured everyone’s attention.

The Chinese have been working over the last 50 years to cultivate morels on a large scale. While there are records showing cultivation as early as the 1880’s in France, no one has been able to do it on a large commercial scale.

It’s really crazy to see how quickly China can scale up once they find something that works. They’ve gone from 3 tons of dried morels in 2012 to now over 800 tons last year. An increase of 26000% in 6 years.

A great presentation from Professor Miomir Niksic from Serbia about mushrooms used in different food and beverage products. Professor Niksic works at the University of Belgrade in their Institute of Food Technology.

We are now seeing more and more food products being released with mushrooms in them. It’s great to see mushrooms being consumed more and used in a way that is easy for consumers to increase their mushroom intake.

Professor Niksic presents some very interesting experiments on how mushrooms can be used in foods in various ways. Here are a few examples:

While we have strong reservation about the benefits of reishi spores, they are currently more popular in China than the mushroom itself.

We’ve found a lot of the claims surrounding reishi spores to be unfounded.

None the less, it was interesting to see how the reishi spore industry has developed.

This one presentation dispelled the myth that 1kg of spores comes from 1 ton of reishi mushrooms. Many spore sellers use this info to make spores seem more rare but currently spores are more prevalent than the mushroom itself. China is now producing a spore yield of over 100% of the mushroom’s weight. In one instance a 276% yield.

This is a very big difference than the internet claim of a 0.1% yield.

Increases in spore yields are due to improvements in the strain of reishi used, cultivation methods and harvesting techniques. Now, specific reishi strains are used to grow mushrooms that produce high amounts of spores.

My Dad gave a presentation on quality control for medicinal mushroom products which was very well received. He outlined info published in the Nammex 2015 white paper as well as added data on ergosterol and ergothioneine testing. A full video of the presentation will be released soon which we will embed here once it goes live. 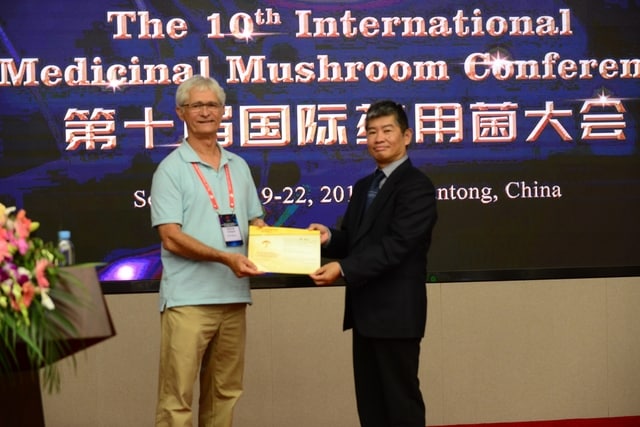 We’ve heard rumours about this for a few years now but have not been able to see any of the results so it was awesome to finally see some photos of the cauliflower mushroom being cultivated. They are growing it the same way they grow the enoki mushroom: in bottle culture with a plastic skirt to make the mushroom grow straight up.

Hopefully in the future, production will increase and at some point we will be able to obtain organic sources for extraction as there is some interesting research on sparassis crispa.

Back in 2016 at ISMS in Amsterdam, I learned that the Finnish government was funding the development of chaga cultivation in their vast hectares of birch forests. Currently, anywhere from 6-30% of birch forest in Finland and Sweden are inflected with Chaga.

At this conference, I met Eric and Otso, behind Kaapa Health. They work directly with forest owners in Finland to inoculate their birch forests with chaga, which will have a higher dollar value yield per acre than convention birch wood  harvesting for timber. The forest owners manage the forests and then Kaapa Health purchases the harvested, dried chaga from them.

Kaapa Health currently has over 100 hectares inoculated and expects to harvest over 100 tons of chaga by 2023.

One of the things I love about coming to China is getting to eat so many mushrooms. A meal doesn’t go by where there is some sort of mushroom dish whether it be a standalone dish like cold marinated wood ear or mixed into some type of stir fry.

Hopefully you’re a fan of food photos as much as me.

All in all it was a very fun conference. I learned a lot, made new friends and was able to connect with old friends.

I am looking forward to the next International Medicinal Mushroom Conference in Serbia 2021 as well as the next ISMS in Vancouver 2021.

Hope to see some of you there. 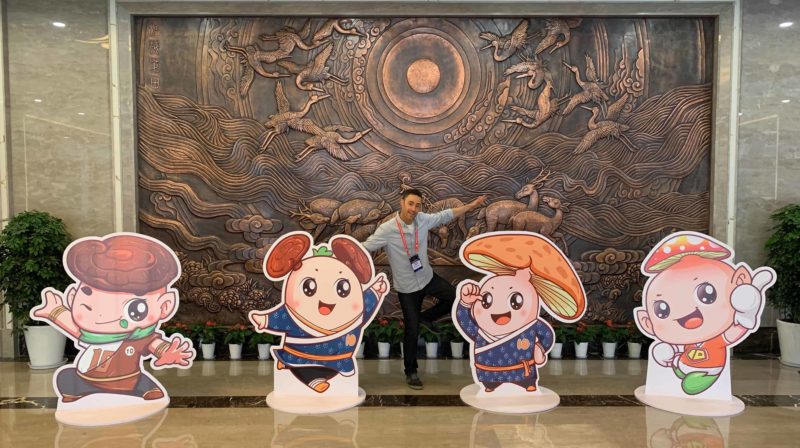 Skye is the founder of Real Mushrooms. Read more about his story into medicinal mushrooms here. When he’s not spreading the word of Real Mushrooms, he enjoys mushroom foraging, bouldering, cooking, gardening and hiking.